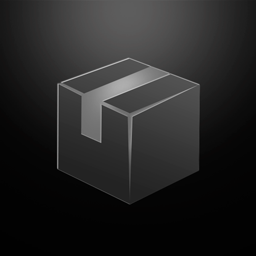 $599.95
This order qualifies for Free Shipping

We wanted to pay tribute to all the boards that had derived from the iconic 420 by doing our own version of a 420 spinoff. We took the short-wide concept and applied it to the traditional MidBite Twin profile. In order to keep the taper that makes the floatability of the 420 possible, we needed to tweak the MidBite in the all-new Tapered MideBite outline. This new Midbite has a deeper inlay on the front of the board than it has on the back. This creates a taper as the edge goes out 2mm less than on the nose giving you a slight taper on a twin shape.

Construction + Core
TAPERED MIDBITE : Tight turns, stable landings and float TaperedMidbite blends the response of a narrow waist width with the stability of a wider nose and narrower tail for powder flotation.The design steps a single section of each sidecut inwards between the insert packs. This single long disruption of the sidecut between the bindings cheats the waist width narrower, providing quicker edge-to-edge response. Meanwhile, from your bindings out to the end of the sidecut we maintain a wider board width that improves float in pow and is a stable platform. The Step inwards on the front is deeper than the Step outwards on the back creating a slight taper in the tail allowing the tail to be just a little narrower than the nose but without losing the twin feel.
POPLAR/PAULOWNIA/BAMBOO : Creating a lighter, more responsive core than the Full Poplar. The Poplar + Bamboo uses the same durable core, lightens it up by replacing 30% of the Poplar with Paulownia and then inserts two bamboo stringers down the full length for added pop and response.
Shape + Flex
CAMBER

Base + Edges
SINTERED TRUE : Just like it says. Pellets or course powder is pressed until it forms a solid. There are several suppliers for our entire industry and they each have different codes for them, depending on the color and transparency. These codes can make it seem like you’re getting many different kinds and grades of sintered but they’re all pretty much the same as far as you and I will ever tell. True Sintered is harder and more expensive than extruded and it can be faster for those that ride aggressively fast. But to do that, it needs to be waxed and prepared for local conditions.
Year
2023
Brand
YES
Ability
Advanced to Expert
Profile
Camber
Flex
Stiff Flex
Style
Freeride
Shape
Directional Twin
Gender
Mens

Shop all gear from YES
FAST, FREE SHIPPINGFree Standard Shipping for all Orders over $50 | All Orders ship within 1-2 business days
Contact Us
(800) MT-EVEREST
(800) 683-8373
Contact Customer Service