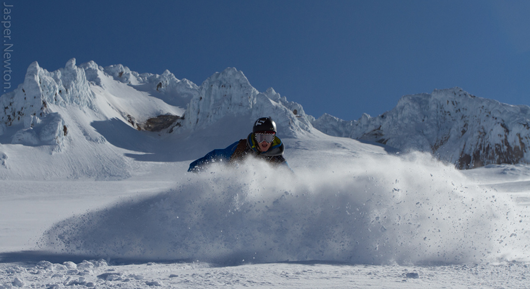 SO HERE’S THE SITUATION:

You’ve just discovered that you can find snow in the summer, in North America no less, and now you want to know more about where to go and what to do.  There are so many camps to choose from, so where do you start?

If you’re looking to stay in the US of A, start with the oldest ski & board camp in America: Mount Hood Summer Ski Camps (MHSSC).

Don’t let the name fool you. MHSSC, founded in 1979, offers programs for skiers, snowboarders, and even rock climbers.  This is the only camp at Mount Hood where you have the option to ski race for part of the week, then try snowboarding for the other half. The ski-racing program boasts an experienced coaching staff that has worked with, and raced at, the Europa Cup and World Cup levels. Now how often is it that you get that level of coaching on your home hill? (During the summer?) 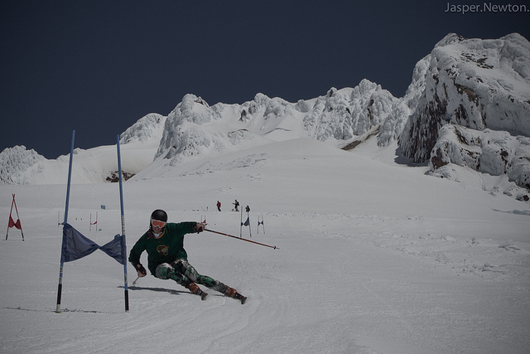 You couldn’t truly call this place a ski camp if their ski program was limited to racing. That’s why MHSSC offers the best freeski and mogul skiing programs around.  The coaches are not only experienced, but also dedicated to teaching you what you want to learn. Head Mogul coach Darren Owen hails from Salt Lake City, Utah and has been with MHSSC for over 15 years. He’s coached all levels of mogul skiers, from beginners and seasoned intermediates, to NorAm and World Cup level athletes. Both East and West coast-based skiers round out the freeski coaching staff. Among them are Shea Flynn, Maks Gorham, Nolan Willard, and Jasper Newton. They know where you Coasties are coming from, and just how beneficial one week on snow can be. 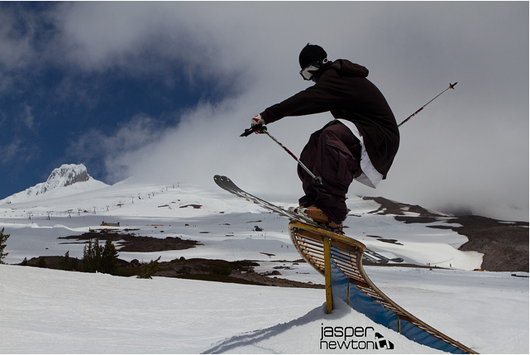 MHSSC has their own private mogul lanes and jumps, as well as their own private terrain park complete with rails, boxes and 45’-60’ booters. Last season their park boasted some of the biggest jumps at Mount Hood. The Timberline Public Park begins at the end of the MHSSC Private park which gives MHSSC skiers and boarders the exclusive advantage of an extra-long park lap. This is the camp for skiers and boarders who want to learn from pros, and not just ski next to them and watch. Check out what campers have been saying about MHSSC compared to the other camps at Hood.

Now onto the snowboard side of things.  MHSSC offers both Alpine snowboarding (snowboard racing) and freeride snowboarding. The racers have the opportunity to train on the steeper upper lanes while the freestyle snowboarders get to take advantage of both the MHSSC Private Park and the Timberline public park. Head snowboard coach, Rick Millett, has been at MHSSC since 2006 and takes pride in building the camp’s meticulous jump line. The small group sizes make MHSSC the ideal place for one on one coaching and for learning specific skills. 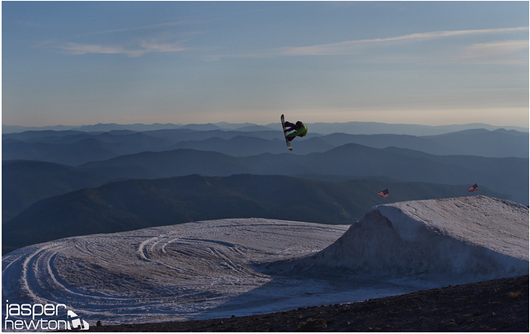 A typical day at camp goes something like this: Breakfast buffet at 6:15 am.  Head downstairs and make your own sandwich to bring for lunch. First busses (usually racers) leave for the mountain at 6:45am, then freeride skiers and snowboarders leave at 7am. Arrive at the mountain, get your boots on and load first chair at 7am. The racers free-ski and do warm-up drills until 8:15 and then head up to the race lanes to work with their coaches and run the racecourse. The freeskiers and snowboarders will free-ski with their coaches until the snow softens up and the park opens at 10am. Everyone will take a lunch break around 11:30. Race training ends around 12:30pm and the racers head down to take the first busses back to camp. The freeskiers and snowboarders may stay till 1:30-2pm if the snow permits and then head back to camp. At 2:30pm all campers will do video review of their morning training with their coaches. Then, at 3:30 everyone heads off to his or her afternoon activities.

Afternoon activities are chosen individually the night before and can be anything from whitewater rafting, paintball, cliff jumping, rock-climbing, trampoline, field sports, ropes course & zip-line, swimming, gym time, skateboarding ect…  Everyone meets back at camp for dinner at 6:30, followed by evening activies which might include skateboarding, basketball, ping pong, pool, or trampolining. Around 8pm an all-camp meeting is held every night to plan the next day’s activities and for general announcements. Finally, around 9pm it’s been a full day and all of the campers head to bed, stoked and ready to wake up and do it all over again the next day. 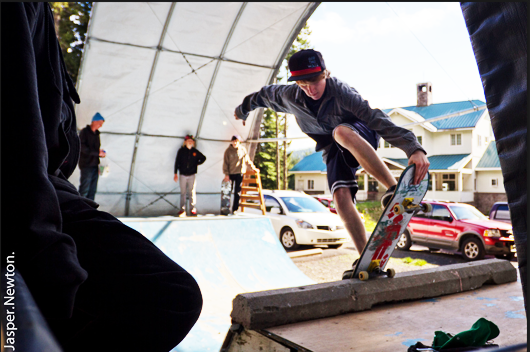 If this sounds like your kind of summer check out the Mount Hood Summer Ski Camp website for more details. The summer is far from over and there’s still time to sign up and get out there.

The camp sessions at MHSSC are week-long sessions and run Sunday to Saturday through September 1st. The August 26th-September 1st session is an Adult Only camp. The Smith Rocks Rock-climbing Camp runs from July 29th-August 4th. 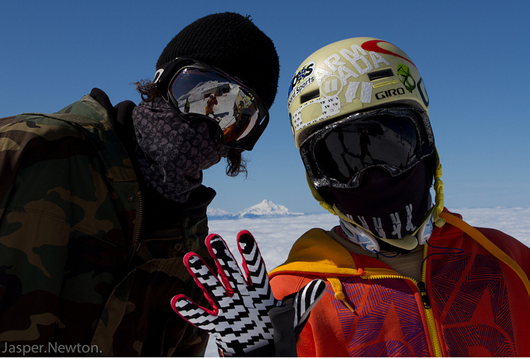 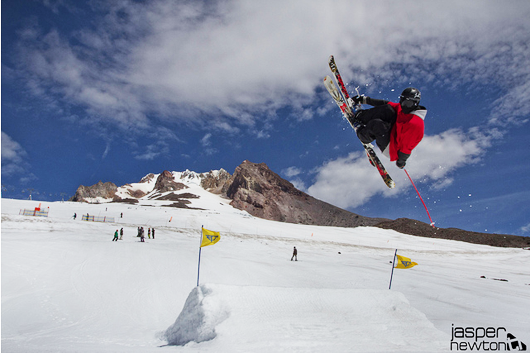 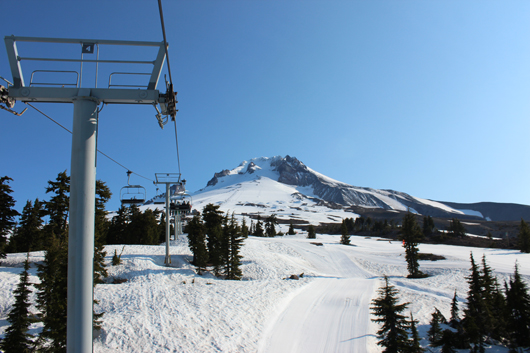