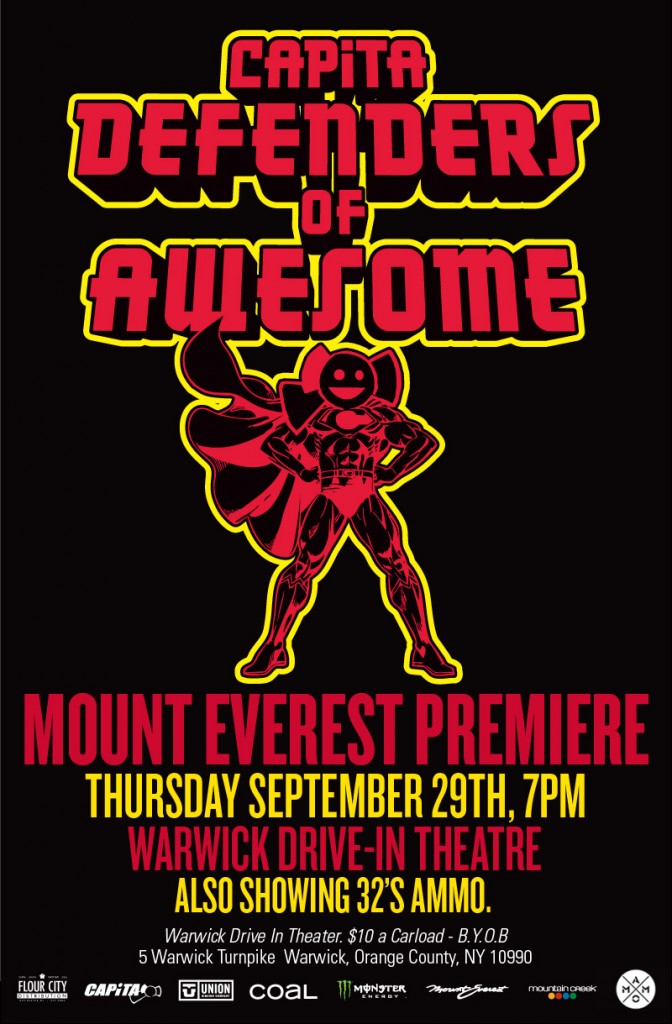 Best Trick on the Hip @ Hunter

This Saturday, Feb. 19th Hunter Mountain & Capita are setting up TWO huge hips for their Best Trick on the Hip competition in Empire Park. This contest is all about STYLE……You do not have to SPIN IT to WIN IT, a Jamie Lynn styled out Method could take it all. 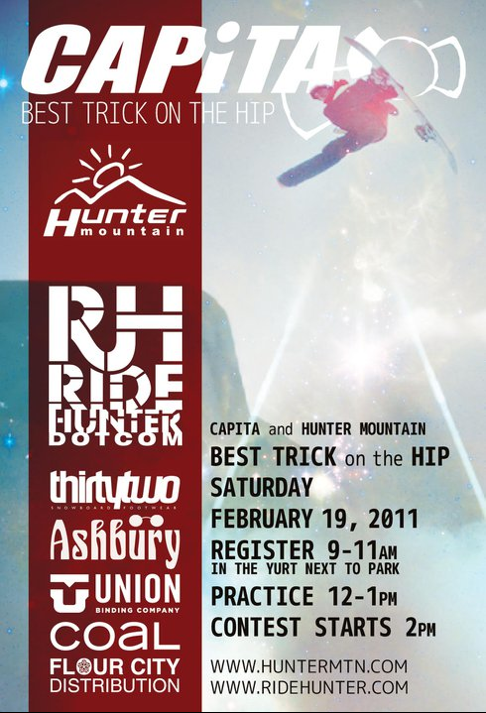 This will be a JAM style format, so pack as many tricks as you can in each run and DEVOUR!! Registration is FREE with prizes given for 1st, 2nd & 3rd. 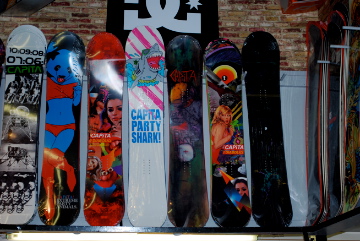 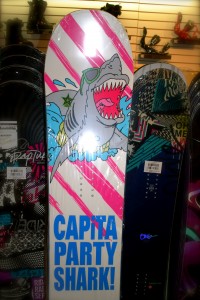