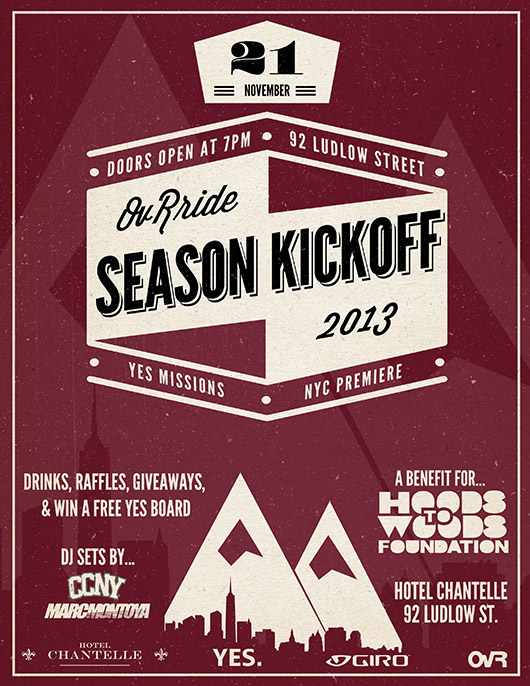 Lets start this season off with a celebration. OvRride is hosting their annual season kick-off party and premiering this years YES film “Missions”.  There will be drink specials, giveaways, and raffles including a YES snowboard, gear from Giro, Mount Everest, SHUT skateboards, Homage Brooklyn, Blades, Skate Brooklyn, and more! If that doesn’t sound tempting enough, OvRride is proud to donate a portion of the proceeds raised to benefit the Hoods to Woods Foundation. This great not-for-profit organization empowers under-served youth through outdoor sports.

So come out this Thursday to Hotel Chantelle, 92 Ludlow Street at 7pm to win some prizes and celebrate the arrival of winter with all of us!

Please email RSVP@OvRride.com to confirm a spot
Join the event on Facebook and invite your friends! 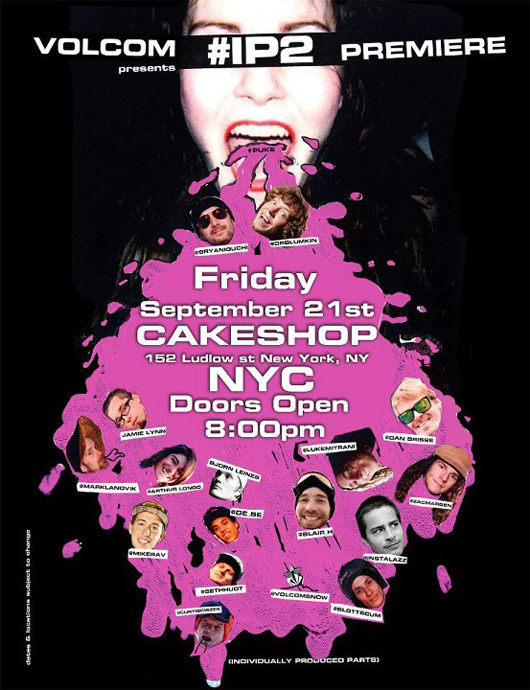